A Box of Tools


A recent post by Jared Banks over at Shoegnome.com got me thinking. That's the thing about Jared -- even if you don't agree wholesale with some of his ideas, he will make you think and reassess your current methods.

The post in question was on Work Environments and Jared has, over the last few months, been making attempts to maximise his screen real estate. One of the things he's done in v20 is to remove the toolbox altogether and replace it with a drop-down toolbar.

Now, if you have a large-enough monitor, you might find the extra click too high a price to pay for a few extra pixels. Of course you could learn a bunch of keyboard shortcuts or, (drumroll) you could do this. 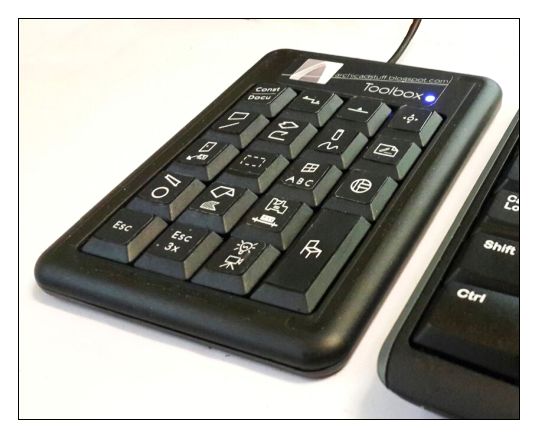 Some time ago, over at Instructables, I'd read a post on making a programmable keypad from a simple numeric one. 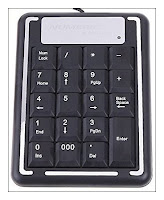 It was a geeky weekend project to take onwho can resist those? On one of my swings through Lamington Road, I picked up a a cheap ₹350 (about US$ 5) number pad. These are usually needed by laptop users because their keyboards don't have numbers on the right side. The cable was barely 1m long so I had to get a USB extension as well because my CPU sits quite a distance from where I need the keys. As this was going to be an experiment, I wasn't about to waste money on a wireless pad although those are available too. 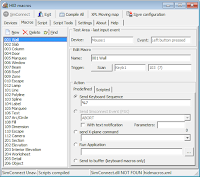 The key (no pun intended) is to use a software like HID-Macros which reads each keyboard individually. Without it, the system would see the extra pad as a clone of the number keypad you might already have as part of your main keyboard.  HID-Macros is no longer developed but it serves our purpose very well. On recent versions of Windows, you'll have to run it in compatibility mode (XP). Also, if you get a UAC prompt every time you run it, here is how to eliminate that irritation.

Mac users can try using USB Overdrive -- and please let me know in the comments if it works!

I'm not going into details about how to modify the keypad because that would be duplicating the well-written instructions already available at Instructables, but you will need to make some changes in ARCHICAD too. For one thing, you'll have to assign keyboard shortcuts for all the tools you want to use with the keypad. Here's how I set mine up. 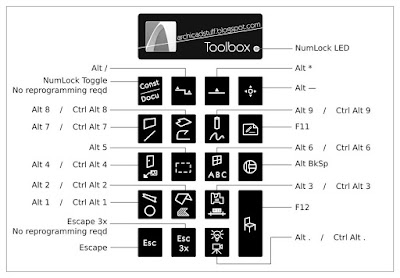 The NumLock toggle allows me to give some of the keys dual function. Essentially, I've managed to get most of my heavily-used tools in here.  Overall, the process was easy -- in fact the most time-consuming part was deciding which tools to include and how to group them.

Now, if this works as well as I expect it to, maybe I'll think of something more advanced like those programmable control pads from Genovation or the keypads and sticks from X-Keys. These are a lot more expensive, but the key definitions are stored onboard so you don't need software like HID-Macro or USB Overdrive to interpret the strokes.  I'm also guessing they are far better quality than the cheap pad I bought.

A couple of other things: The icons were traced from the new v.20 toolbox using Inkscape. I printed them on matt photo paper -- the kind you get in stationery stores -- and then "laminated" (before cutting) with Scotch Magic Tape. The blue NumLock LED on the pad is so bright that it is clearly visible even through the thick photo paper.  It's now a pleasant glow instead of the blinding stab in the eye that it was earlier.